Manila, the sprawling capital of the Philippines, is usually a stopover destination for many travellers. Unlike other Southeast Asian cities, Manila is not often the place travellers would first think of going to due to the impression that it is unsafe, poor, and underdeveloped. Though Manila is hectic, erratic and sometimes irritating, this modern metropolis heavily influenced by Spain and America still has a lot to offer. Best of all, everything is cheap here and the service is great. Navigate your way from the financial and cultural district Bonifacio Global City (BGC) in Taguig, a 15-minute drive from the airport. Trust me, #itsmorefuninthephilippines! 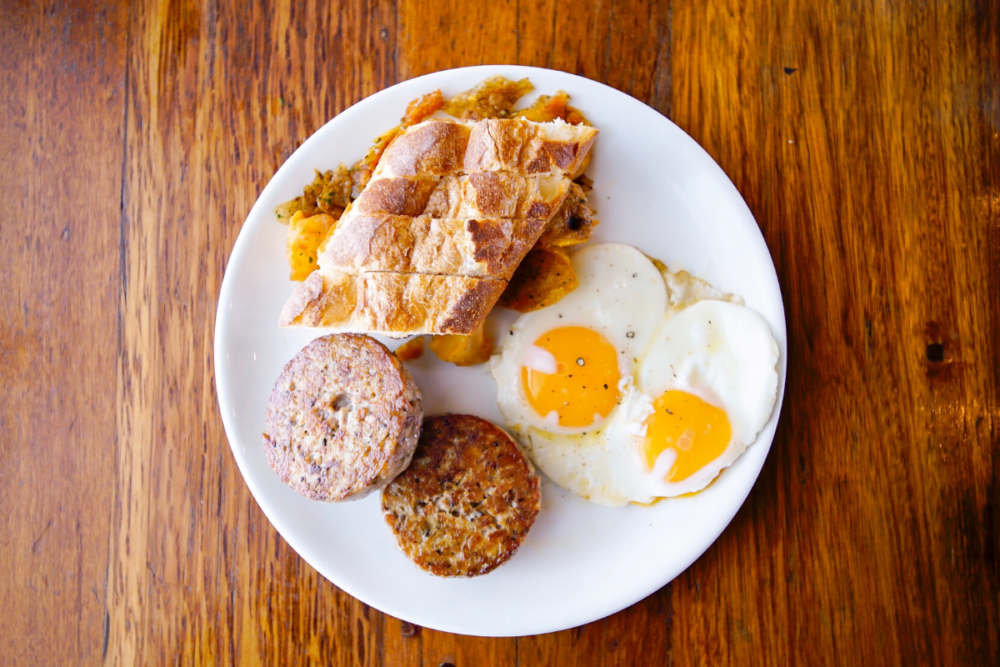 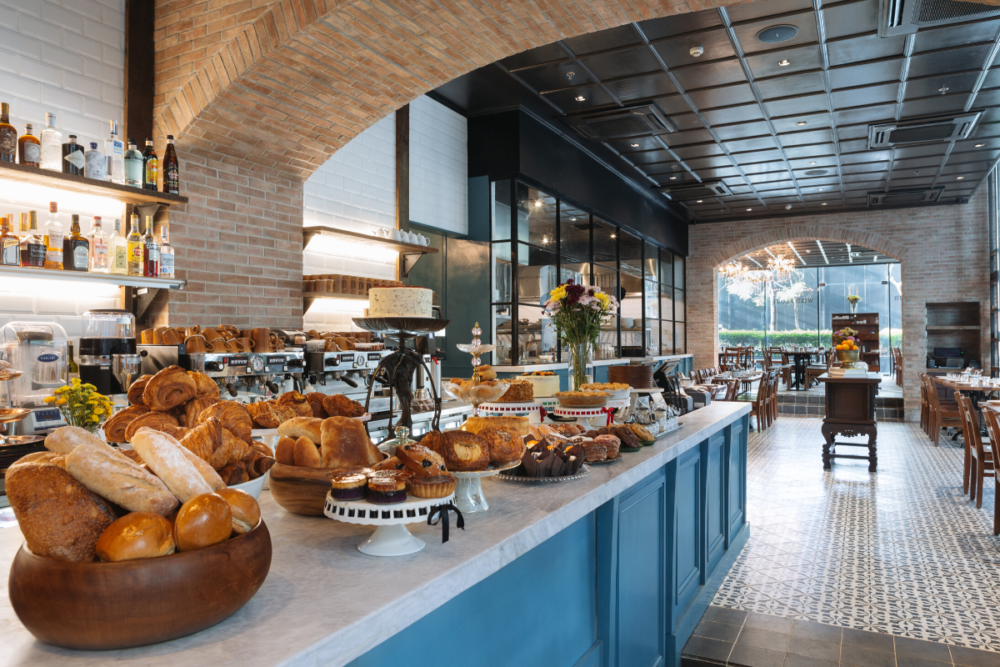 Start heading out at 6.45am to avoid rush hour, which is between 7am and 9am. It’s better to leave early for your destination so you don’t get stuck in traffic. Skip the public trains—they are usually slow and crowded—and book a taxi via the Grab app instead.

Fuel your body with a hearty breakfast at Wildflour Café + Bakery. First opened in 2012 at Manila’s BCG, this cosy brunch spot serves Filipino and Western favourites, including longganisa (a delicious sweet and garlicky sausage), eggs on toast, pancakes, as well as fresh juices and smoothies. 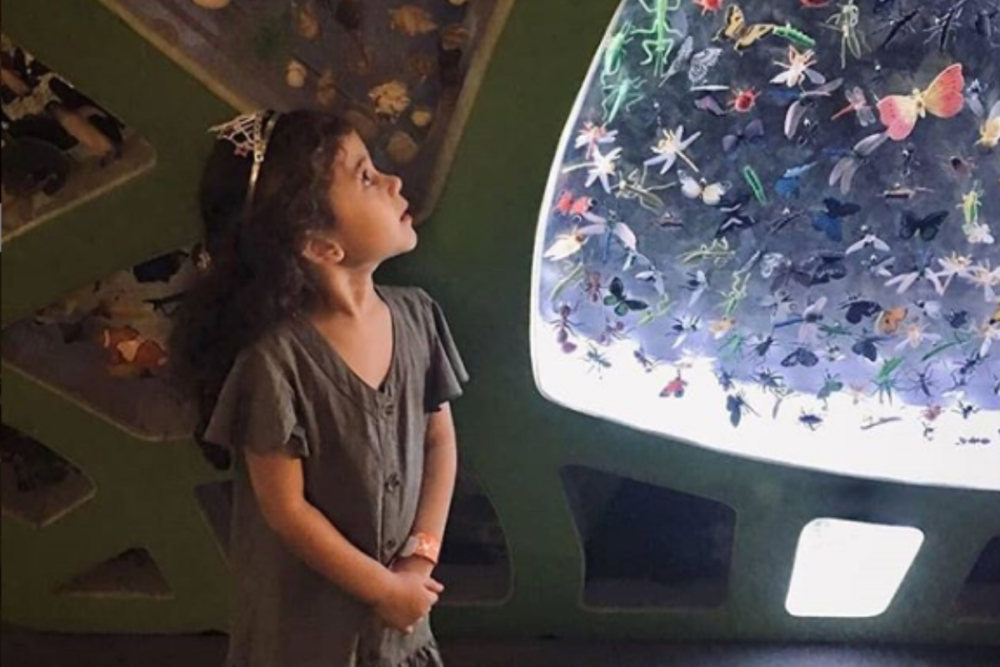 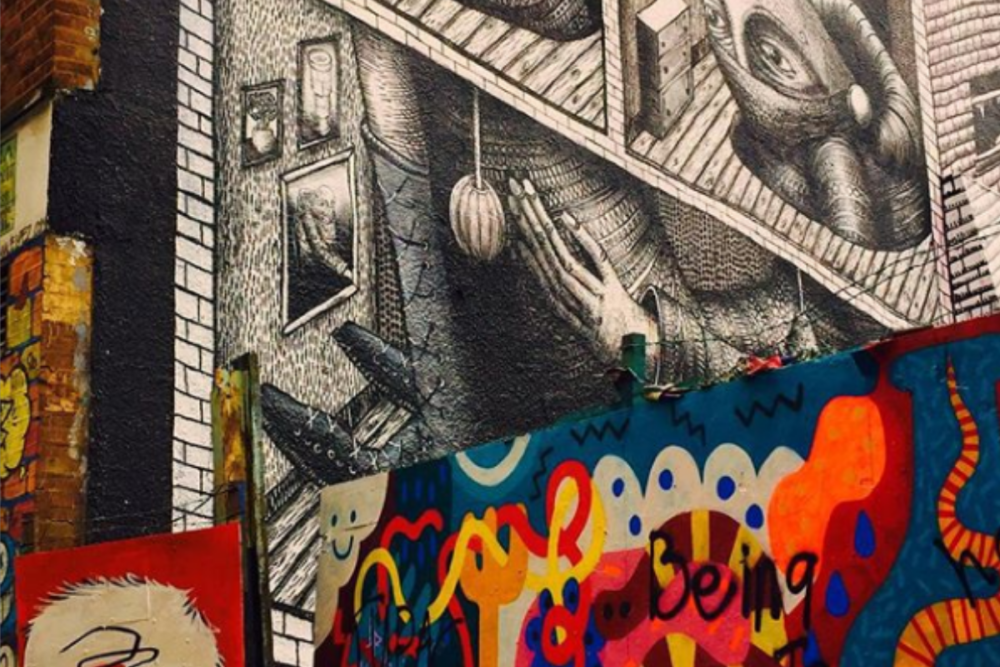 The streets in BGC are laid out as a grid and it’s fun to explore this district on foot. A five-minute walk from Wildflour gets you to The Mind Museum; otherwise, stroll around to see high-rise office buildings, modernly designed condominiums, upscale hotels, cool shops, and hip restaurants with outdoor seating.

If you have more time, check out the street art by local and international artists. As products of the annual Art BGC NextAct ONE Festival organised by the Bonifacio Arts Foundation, these murals are Instagram-worthy. Guided tours can be arranged at the Alveo Showroom, with daily tours at 5.30pm. 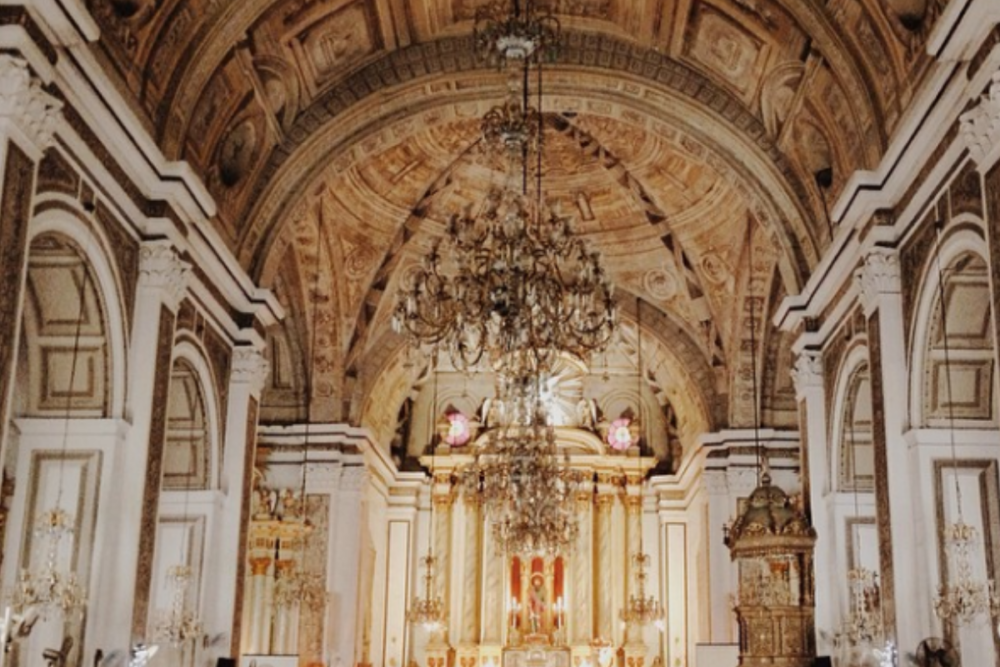 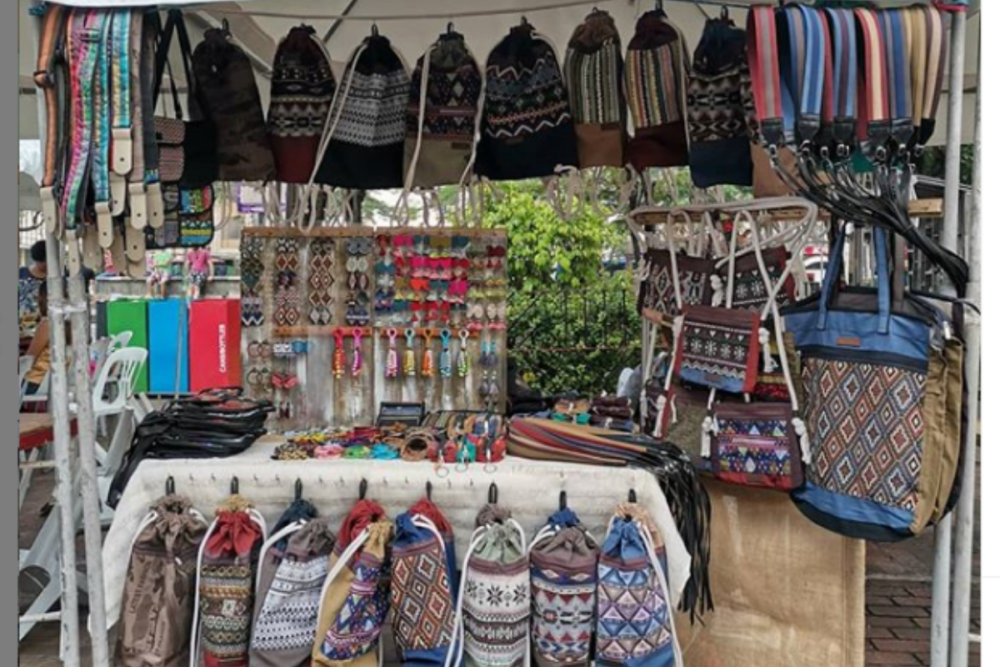 Enter the sprawling Rizal Park (aka Luneta Park) from Kalaw Avenue and walk towards Rizal Monument, a memorial completed in 1913 to commemorate the Filipino patriot José Rizal. Nearby is the actual site where he was executed, marked by life-sized sculptures.

A 10-minute walk northwest of Rizal Park is the historic five-star Manila Hotel. Built in 1909 and opened in 1912, the hotel has hosted many dignitaries, including former US President Bill Clinton. For lunch, indulge at Café Ilang Ilang, one of the city’s best hotel buffets.

Rent a bamboo bicycle (aka bambike) and bike around Intramuros, home to Spanish-era landmarks like Fort Santiago. When the Philippines was a Spanish colony for 400 years, this walled city was the centre for political power, education, economy, and religion. The Palacio del Gobernador and the Manila Cathedral can be found there.

San Agustin Church on General Luna Street is another landmark you shouldn’t miss. It’s the country’s oldest stone church that has withstood earthquakes, invasions, and typhoons. Adjacent to this UNESCO World Heritage Site is a monastery turned museum loaded with religious artworks, relics, and ecclesiastical props. If you happen to be in Intramuros on a Sunday, pop by the Old Manila Eco Market at Plaza Roma between 7am to 7pm. 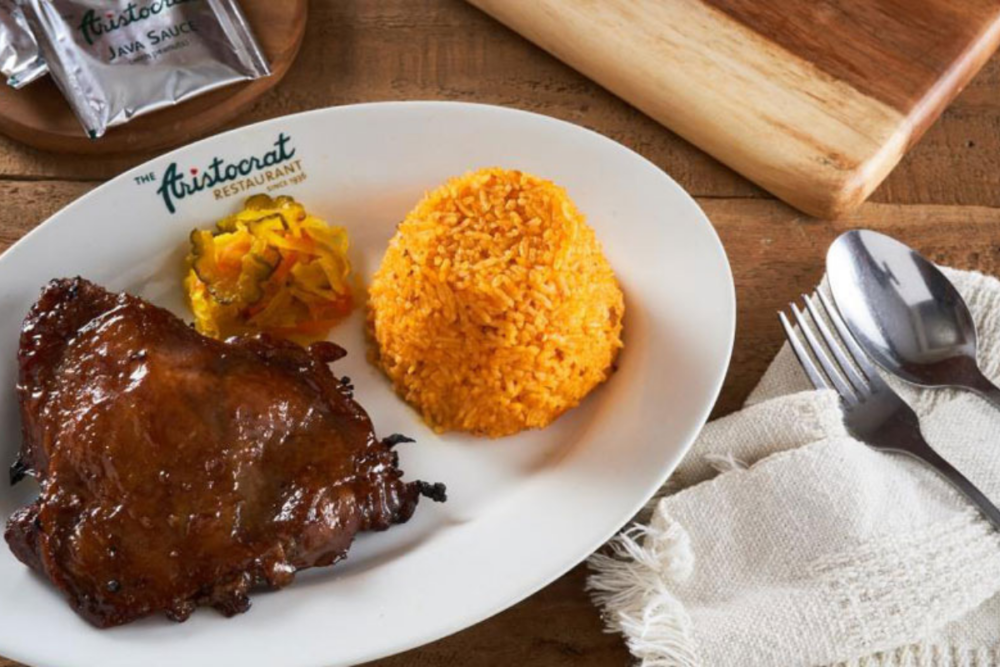 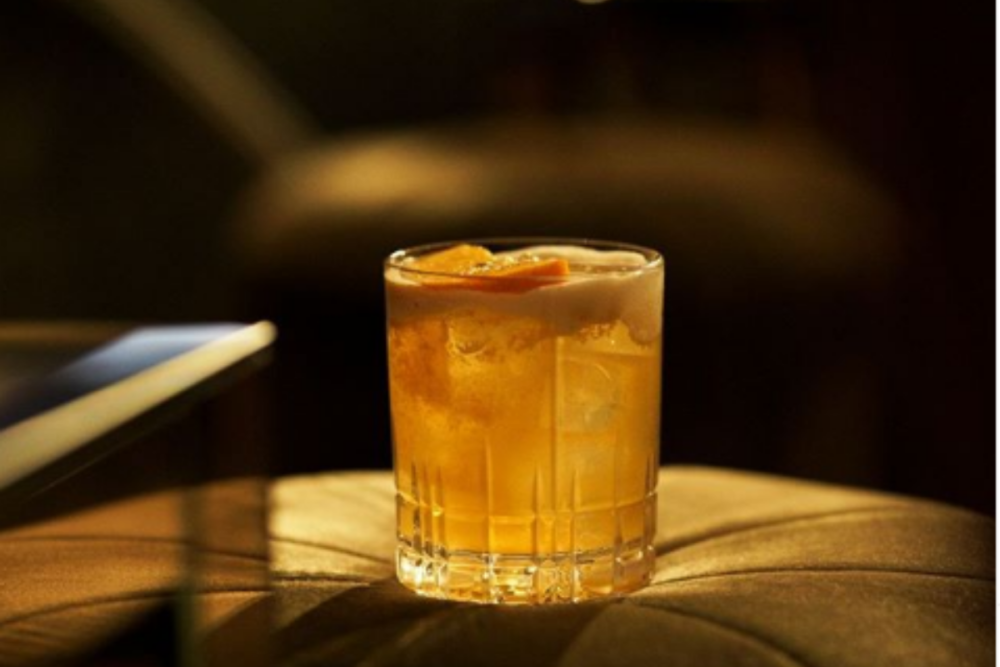 Catch the Manila sunset over happy hour drinks at the alfresco lounge Sky Deck View Bar in The Bayleaf Intramuros. You may also take a horse-drawn carriage (kalesa in Tagalog) to Roxas Boulevard and walk along the Baywalk, a picture-perfect waterfront promenade overlooking Manila Bay.

Enjoy some Filipino comfort food at Aristocrat. This long-running restaurant, with a history dating back to 1928, is known for their chicken barbeque served with java rice and java sauce. More dining options are available at SM Mall of Asia, a 15-minute drive from the Baywalk.

Looking for a nightcap to help you snooze? There are plenty of watering holes at Fort Bonifacio. The Tap Station caters to craft beer lovers, while the sophisticated Bank Bar, tucked behind a run-of-the-mill 7-Eleven in the RCBC Building, is a nod to craft cocktail culture.

Explore more of the Philippines

Siargao, Philippines: A surfer’s paradise in ...

The Best Things To See and Do in Baguio City ... 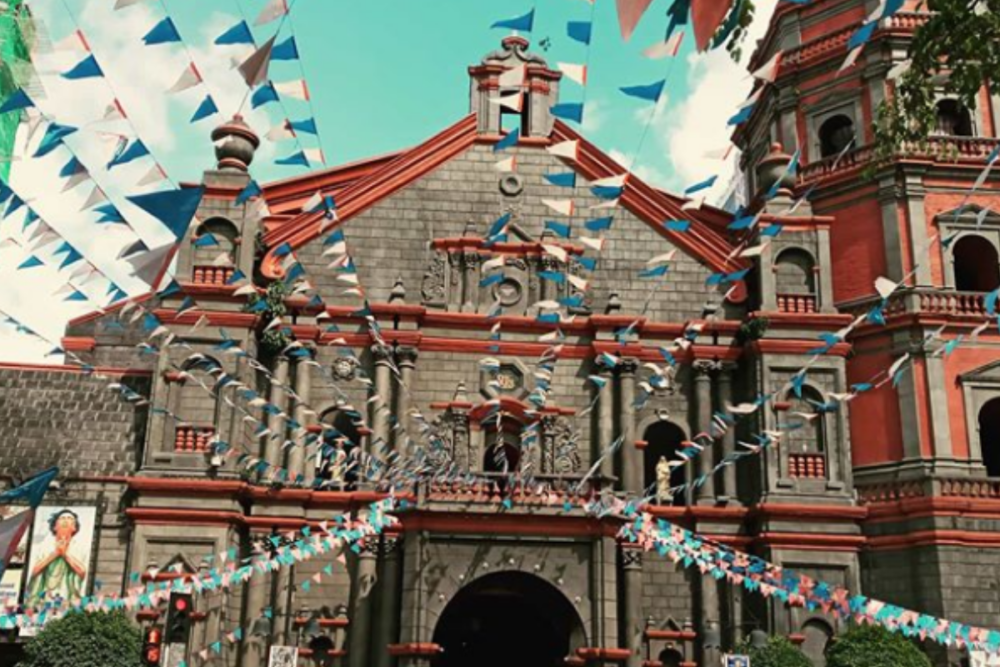 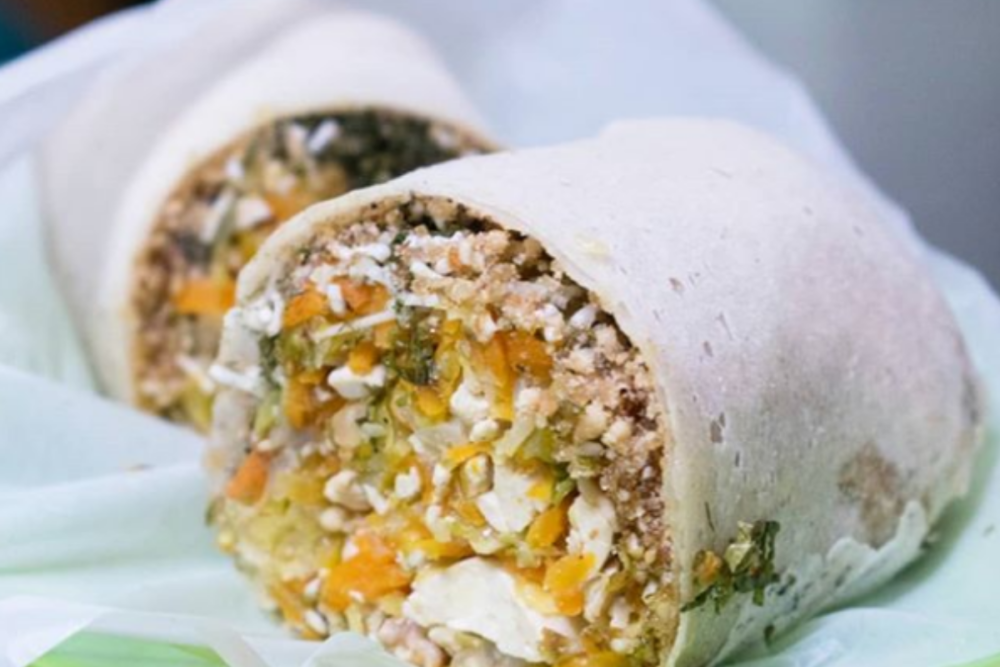 Walk with Old Manila Walks and discover Manila’s Chinatown, Binondo. Located at the end of William A. Jones Memorial Bridge, the now multi-ethnic district is the earliest financial district founded by the Spanish in 1571. The baroque-style Binondo Church was built in 1596 in an effort to convert Chinese immigrants from Fujian, a southeastern province of China, to Christianity.

The Chinese influence in Philippine cooking is evident in some dishes served at restaurants along Carvajal Street, a 3-minute walk from Binondo Church. Stop by New Po Heng and chomp on a vegetable-filled lumpia or Chinese eggroll. Quik Snack, a down-to-earth eatery opened in 1967 by then 60-year-old Amah Pilar, offers Tsinoy (Filipinos of Chinese descent) cuisine like kuchay-ah or meat pie, and kikiam, a sausage-like dish filled minced pork and vegetables wrapped in bean curd sheets. 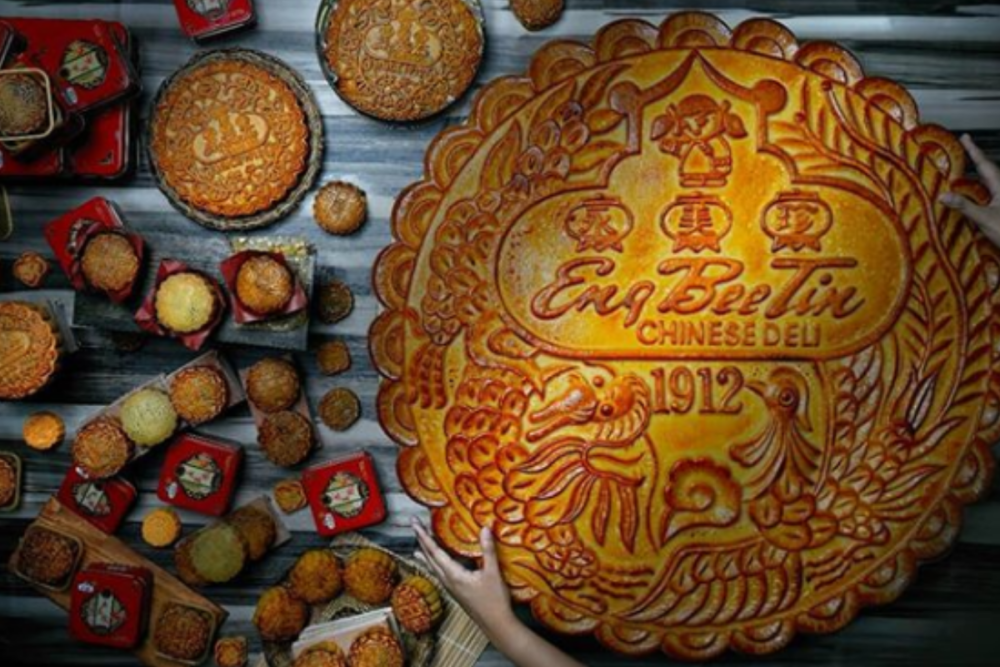 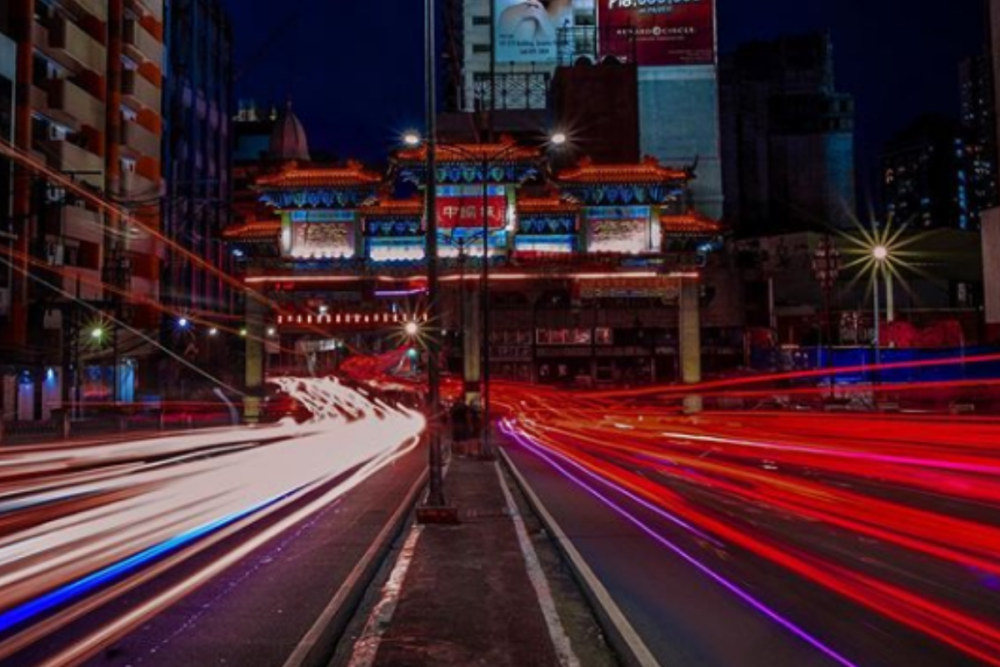 Make your way to Ongpin Street and you’ll find more traditional Chinese eateries and shops there. Look out for the homegrown brand Eng Bee Tin, a Chinese deli opened since 1912 popular for its hopia (mooncake-like pastries), sweet steamed cake, and glutinous peanut balls.

Walk along Quintin Paredes to Escolta Street, previously known as the ‘Wall Street of the Philippines’ due to the presence of banks and Manila Stock Exchange. This is also where ice cream was first publicly sold and movies was first shown in the country. Architectural gems like the neo-classical Don Roman Santos Building, Art Deco-style First United Building, and beaux-arts Calvo Museum are worth a pit stop. 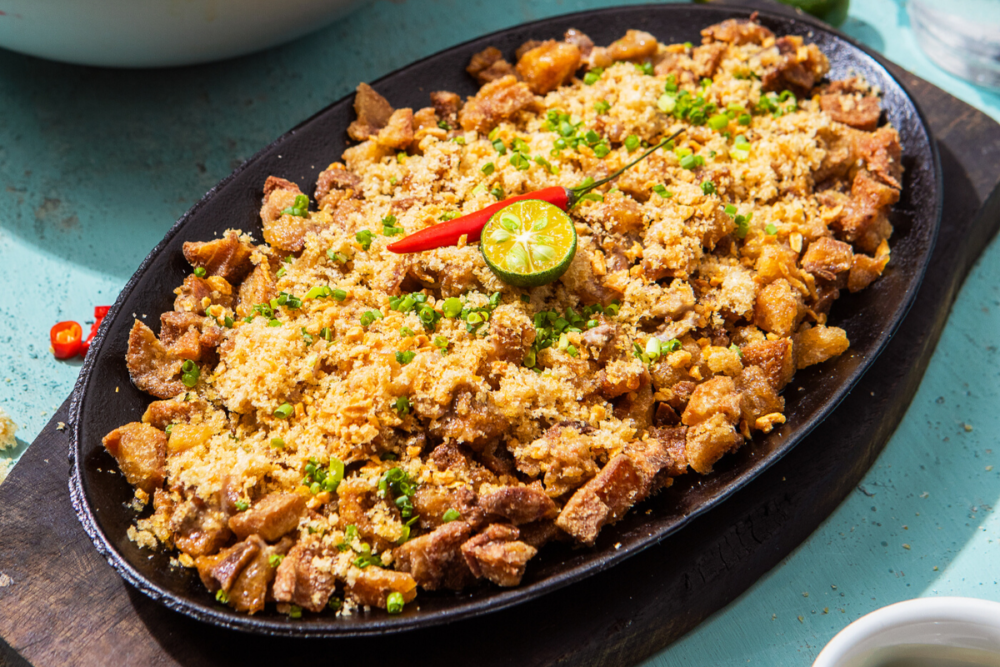 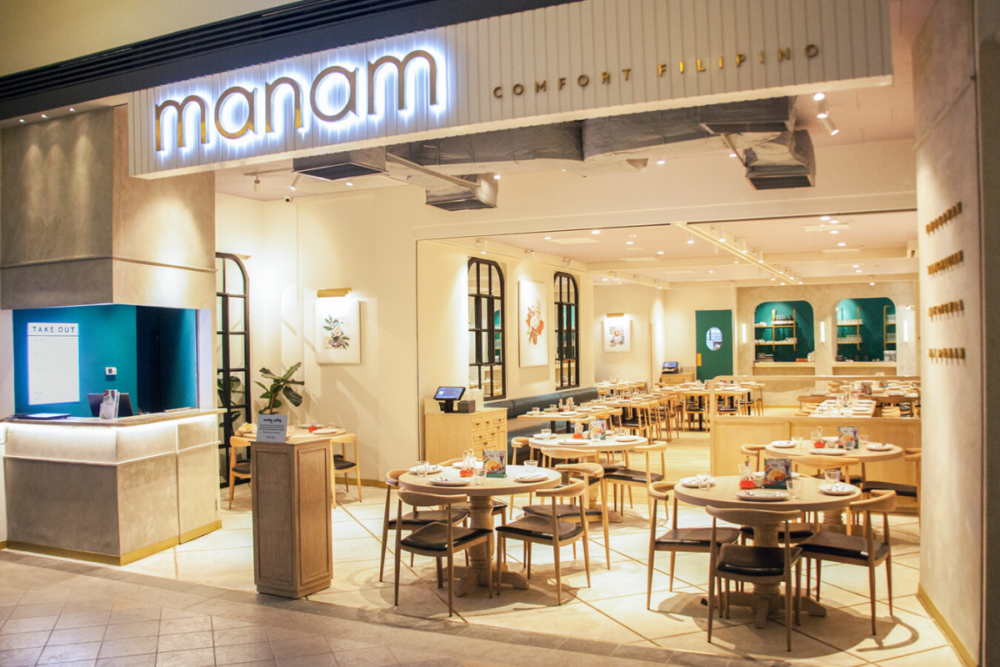 Filipino cuisine is sometimes intimidating but Manam manages to put a twist on it without compromising its flavours. You’ll surely give their house crispy sisig, sinigang soup with beef short rib and watermelon, and crispy pancit palabok a thumbs up.

Walk off those carbs at the four-storey Yuchengco Museum, featuring collections of classical and contemporary paintings from local and foreign artists, as well as memorabilia from businessman and diplomat Alfonso T. Yuchengco.

More on amazing things to do in Southeast Asia

5 Things to Do in the Philippine's Hidden Gem...

Thailand: A year in festivals 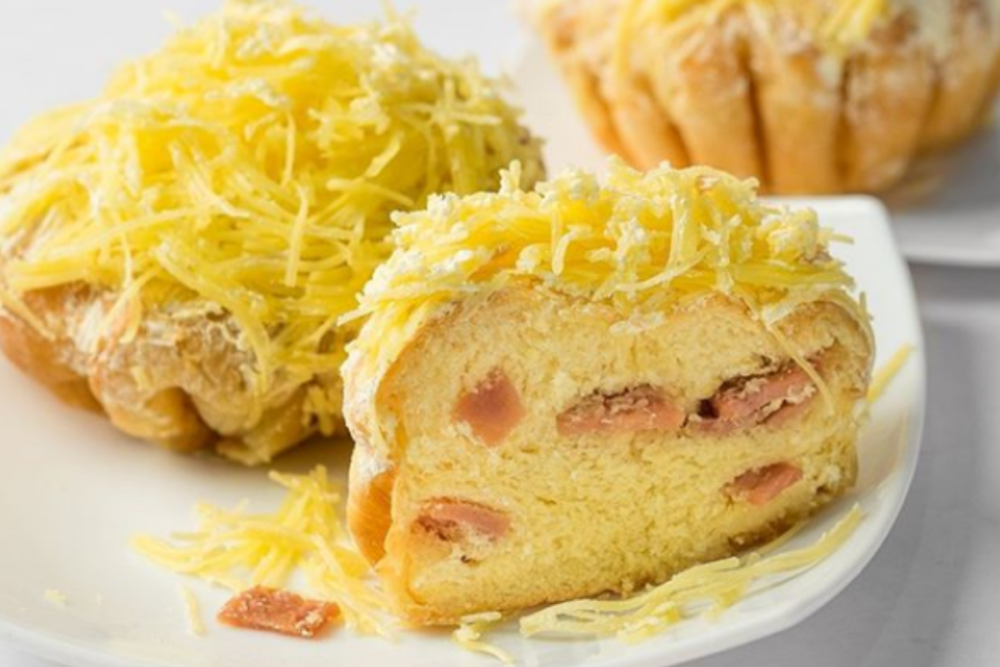 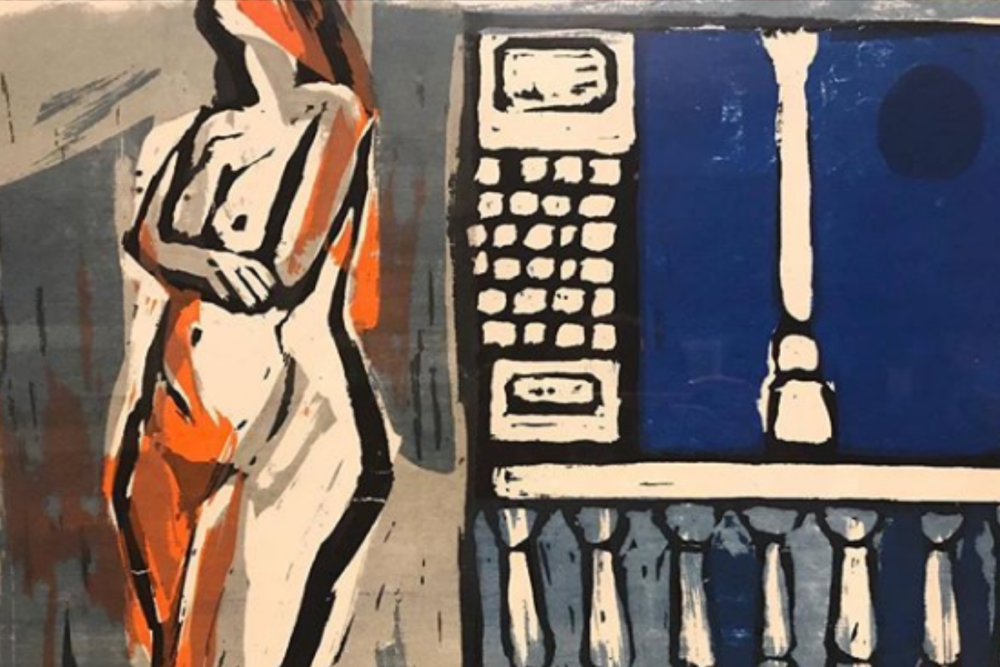 Merienda is a huge part of Filipino food culture. It’s a light meal typically eaten in between meals. Head to Goldilocks or Red Ribbon for their grab-and-go snacks, including buttery ensaymada and fluffy mamón. If you want to get a feel for Filipino fast food, visit Jollibee for their Chickenjoy, the chain’s pièce de résistance.

Mall crawl in Makati district, where Glorietta, Greenbelt, The Landmark, and SM Makati sit side-by-side. International retailers are ubiquitous but for something that’s uniquely Filipino, visit Kultura, where products are made from indigenous materials and showcase Filipino artistry and craftsmanship. A real shopper’s haven! 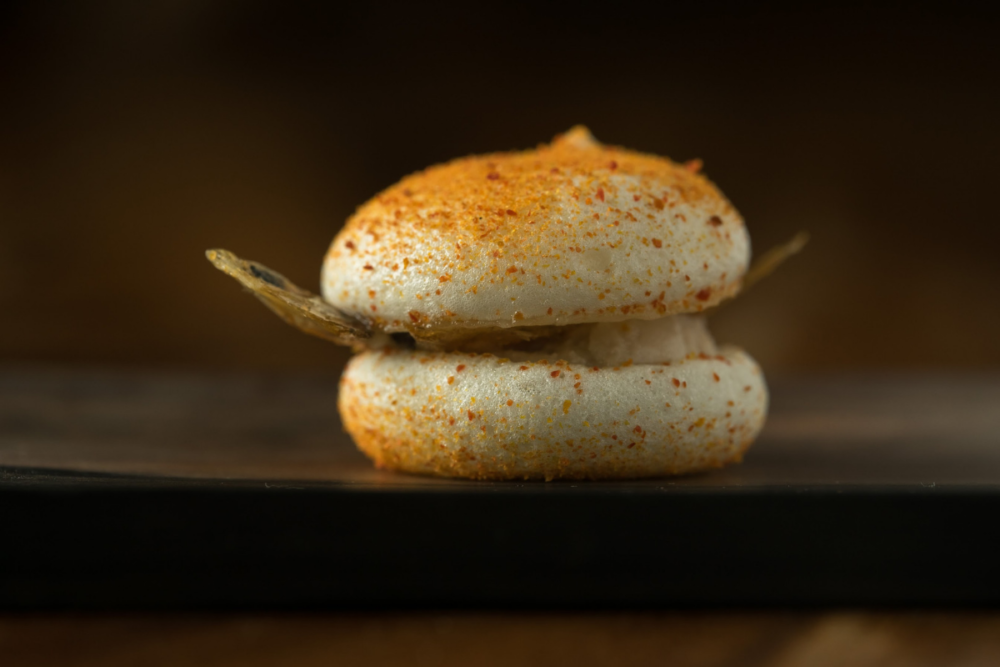 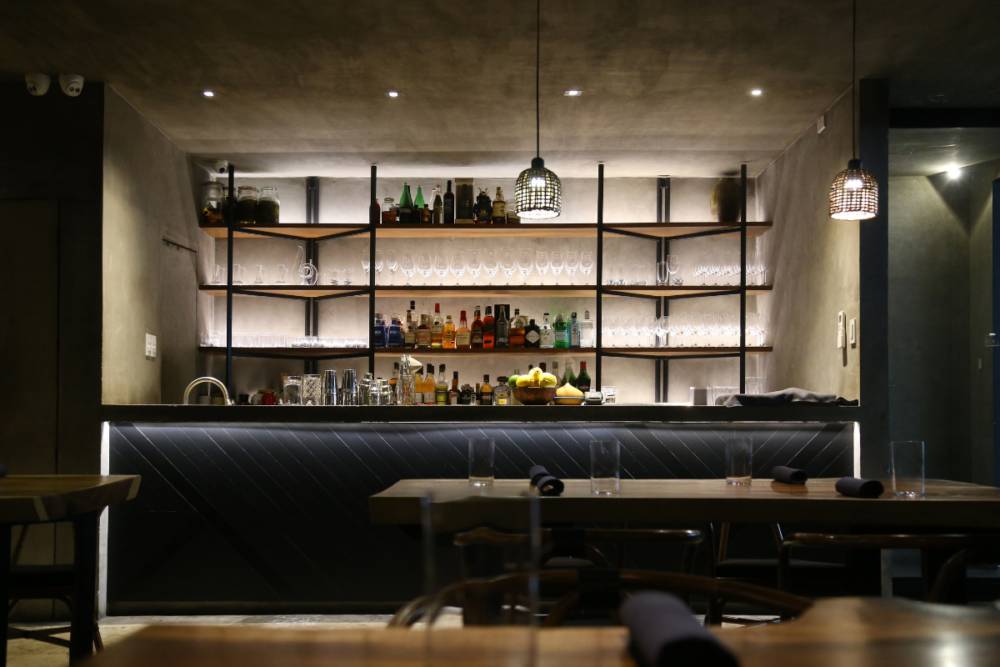 Enjoy an 11-course meal at Toyo Eatery, the only Filipino restaurant that made it onto the prestigious list of Asia’s 50 Best Restaurants. Filipino chef Jordy Navarra, who trained at UK’s The Fat Duck and Hong Kong’s Bo Innovation, puts a playful spin on classic Filipino dishes. Set menus are also available.

Experience Manila’s energetic nightlife at Poblacion in Makati’s hippest neighbourhood. There, you’ll find anything from underground haunts, hidden bars, and creative dining concepts. Foraging bar-resto Agimat (“amulet” or “charm” in English) is a crowd-pleaser thanks to their drinks inspired by fire, water, earth, air, and life. Other favourites are Oto for their killer cocktails and Dr Wine for their wine selections. Cheers!

Multilingual lifestyle writer and editor Apple Mandy loves exploring. After 10 years of living in Hong Kong and working for various media companies, including South China Morning Post, she went back to Manila to reconnect with the city she grew up in. There, she explored new places, revisited her childhood favourites, and delved into the creative side of things. She recently moved to New York; you may find her at a cafe blogging about her experiences while sipping a cup of tea.

Siem Reap, Cambodia: All alone in the ruins of Angkor

South Africa: A touch of wilderness on the safari